We are currently experiencing an increased volume of online orders, along with delays and general congestion within our freight and logistic networks. Unfortunately, this is resulting in delays getting some of your orders delivered to you on time. Unaffected services are our FREE 1hr Click & Collect we encourage you to use this service if you need your order urgently. We also have a limited Express/Same Day delivery** service that (for a short time) will be offered at a discounted price of $5 per order.

In line with state guidelines, our stores remain open with some restriction in place. Find out how your state is affected.

Back to all Articles

We are proud sponsors of Warby Motorsport supporting David Warby with his dream of smashing the Outright Unlimited World Water Speed Record.

David Warby is one passionate Aussie bloke and he has a personal mission to break this record with the help of his Aussie team.

It’s personal because David’s father, Ken Warby, is the current record holder. In fact, Ken Warby is the only man in history to design, build and drive a boat to an Outright, Unlimited World Water Speed Record, of a death defying, 317mph (511kph)!

This record was set back in 1978 and hasn’t been beaten to this day. Ken also holds another unbroken World Water Speed Record from 1977. We find this incredible, especially when you think of all the advances in technology over the last 40+ years.

We have a funny feeling Ken won’t hold the record much longer with David’s determination to make his dad proud as punch when he finally breaks it.

David has been putting his SPIRIT2 jet boat to the test on Blowering Dam in Tumut NSW reaching in excess of 400kph, making him the fastest man (who lived to tell the tale) on water in 35 years. 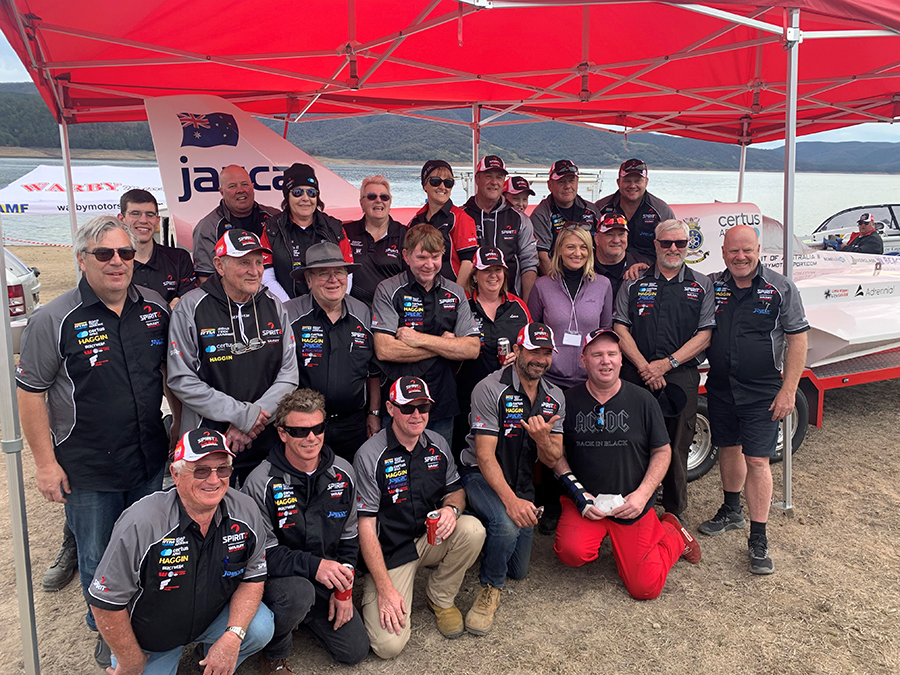 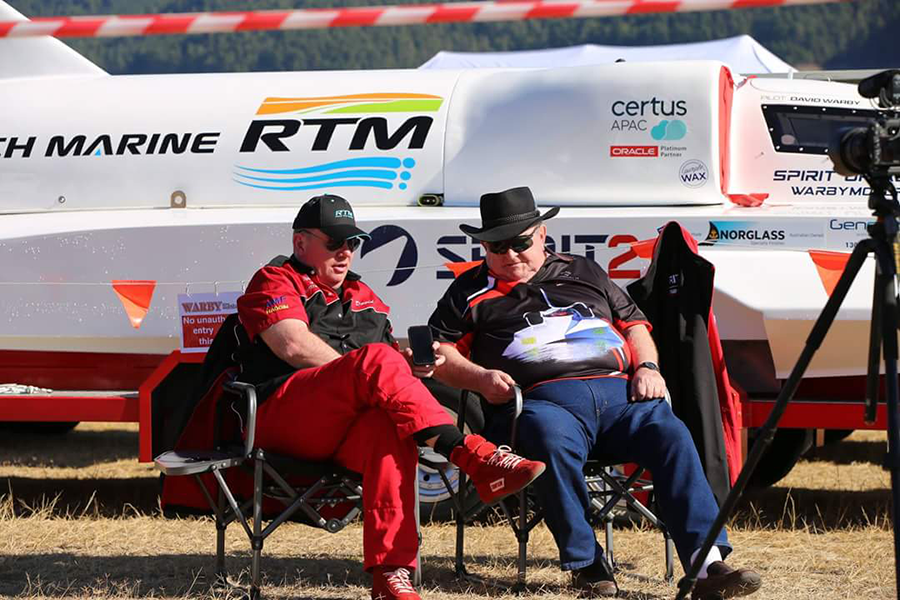 The big dream for David is to reach 560kph – that’s totally insane but something we can’t help but be a part of here at RTM and Jaycar!

Our late owner, Gary Johnston was very passionate about our involvement with Warby Motorsport to help David achieve his big dream.

Gary was delighted when RTM, followed by Jaycar, became official sponsors in 2018 and recounted watching intently as Ken Warby broke Donald Campbell’s record back in 1977 and set the current world record in 1978.

We continue to sponsor Warby Motorsport and support the team in developing custom solutions for the SPIRIT2 jet boat.

We’re right alongside David, his team and his SPIRIT2 jet boat as we patiently wait and watch as the dream gets closer and closer. On ya, Dave!