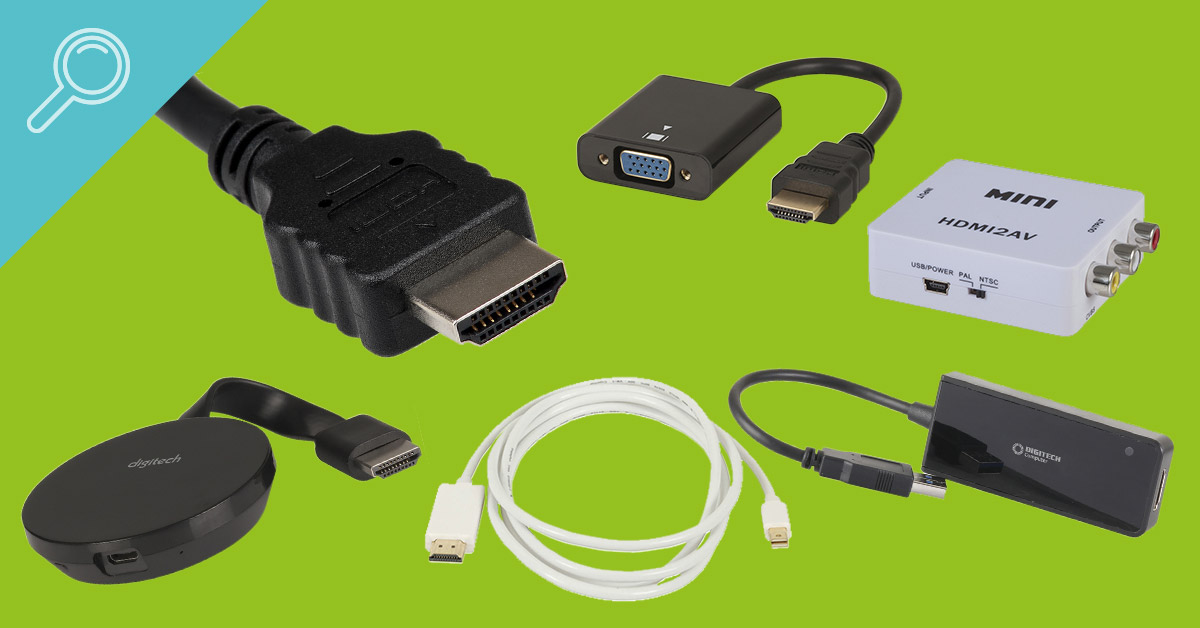 What's the deal with HDMI?

It's the most popular display connection format currently available, but do you know how it works… or even what it stands for?

Short for High-Definition Multimedia Interface, HDMI is a proprietary format for transmitting uncompressed digital video and audio from a source such as a computer or media player, to a display such as a TV or monitor.

The format uses transition-minimised differential signalling (TMDS), for eliminating electromagnetic noise. This uses twisted groups of wires, like those found in network cables, plus a sophisticated coding algorithm to ensure the signal is not corrupted.

Sending an audio stream alongside the video is a valuable advantage of HDMI, as is the option of extracting that audio to TOSLINK, 3.5mm aux and digital coax output.

Another benefit is that there's no problem with splitting or switching HDMI. Splitting is when you send one source signal, for example from a media player, to several displays. Switching is the opposite: you have several source options, such as a games console, a casting dongle and a laptop, and you want to choose which one you're watching from.

You might be frustrated that you have no way of connecting an old plasma TV that you're sentimentally attached to, or an LCD monitor that still works perfectly well, to hardware that only has an HDMI output. Don't despair! There are converters and adaptors available to make just about anything HDMI-compatible.

And going in the other direction:

See below for more details about HDMI cables.

You'd be hard-pressed to buy a TV, DVR, Blu-ray player, media player, video game console or set-top box without any HDMI connections. What is HDMI, and why is it important to think about features rather than standards?

HDMI is the global standard for high-definition audiovisual connectivity. Data is transmitted in HDMI from a source device - such as a Blu-ray player or set-top box - to a display device, such as a TV or computer monitor. The data is 100% uncompressed digital resulting in a stellar audiovisual experience. Both source and display devices need HDMI ports to utilise the HDMI transmission technology. As with all technology, as HDMI gets better, newer standards (versions) are introduced.

What are the Key Advantages of HDMI?

Apart from the picture quality, the digital technology replaces a number of old cables, so the set-up and use of your entertainment system is much more simple. There's no need for separate audio and visual cables - an HDMI cable carries both signals. It also shouldn't matter if your devices are from different manufacturers. HDMI has been universally adopted so, provided your devices carry HDMI connections, they will work together.

Now comes the part where we talk numbers. HDMI has been developed to handle extremely high resolution images of 1080p (1080 horizontal lines) and higher. This means it's future-proofed for 4k and 2k resolutions, with 2160 and 1152 horizontal lines respectively (predicted to become the new normal for large TV screens and computer monitors). HDMI connected devices can intuitively adjust capabilities for optimum viewing, without the user having to manually adjust settings. Aspect ratio allowances have also changed, with HDMI accommodating not just 16:9 but also 21:9. Lastly, bandwidth is increasing with new HDMI connections providing over 75% more, preempting increased data volume requirements as source and display devices introduce new features and audiovisual technological advancements.

It's important to remember that HDMI only refers to transmission. Thus what you will see and hear will only ever be as good as the specifications of your source and display devices. It's why the official HDMI body recommend thinking about the features of these devices when you discuss HDMI, and not HDMI itself. You need to identify the features of your devices that you want to support - such as 3D capabilities or resolution - and work backwards. If your devices don't carry the same specifications, the default is the lesser. For example, if your source device outputs 720p but your TV can output 1080p, your TV will only display 720p. No matter what anyone tells you, your HDMI cable won't improve this display - only upgrading to a 1080p capable source device will. If you have HDMI enabled products then you need to buy an HDMI cable. The key categories for choice are length and speed.

The HDMI cables in Jaycar's range are between half a metre and 30 metres in length. The majority of residential systems only require a metre or two of HDMI cabling, in which case most inexpensive HDMI cables are more than capable. However, if you need to run cabling further than 5 metres, interference can affect picture quality with some pixel dropout and other signal problems. In this instance, it's a good idea to invest in either an ultra-high quality cable, or an amplified cable. Jaycar's High Speed 20 metre cable (WQ7435) will deliver 1080p+ resolution with zero distortion.

All of our cables are either Standard speed or High speed cables with Ethernet (for device networking). Standard speed cables are suitable for most home applications, with 1080i or 720p video resolution capabilities. High speed cables are designed to handle video resolutions of >1080p, plus advanced display technologies such as 4k, 3D, and Deep Color. Our budget 1.5 metre cable (WV7913) features nickel-plated connectors. Nickel-plated connectors can be susceptible to corrosion, however when used indoors (with heating and air conditioning) this is unlikely. If you're concerned about corrosion, our 1.5 metre economy cable (WV7915) is a better choice. It's more expensive than the budget cable but it has gold-plated connectors, which won't corrode. Both of these cables are Standard speed. If your source and display devices require a resolution of 1080p, you'll need a High speed cable such as our high quality 1.5 metre lead (WQ7900).

We have more in our HDMI product range than just cables. If you're wanting to set up a serious home theatre system then you might need an HDMI extractor, which separates the audio from an HDMI source device and transmits it to home theatre speakers and amplifiers. Wireless HD senders and receivers can transmit a signal from an HDMI source to a display device within a certain range without the need for additional cabling - a handy feature if you don't want to deal with cable confusion. Our Wi-Fi HDMI Miracast Dongle (AR1922) is a fantastic little piece of tech that plugs directly into your TV's HDMI port and streams content from your smartphone or tablet - ideal for those yet to jump on the smart TV bandwagon! If you're happy with your current devices but find you're lacking enough HDMI inputs, then installing a switcher or splitter will allow for an HDMI signal to be transmitted to multiple devices. Jaycar also stocks a wide range of HDMI adaptors, allowing you to connect a number of products to a display device via the HDMI port.

Visit your closest Jaycar Electronics store to speak to one of our HDMI tech experts. They'll discuss your equipment and connectivity requirements to make sure you leave with everything you need.