This is a simple tool using just four Duinotech parts that can sit on your workbench and quickly tell you what WiFi networks are nearby and their relative strengths. If you're always working with different WiFi networks like we are, or even have a few XC4614's running in hotspot mode, it's handy to know which networks are up and which are not.

The shield simply sits on top of of the uno, then the Nokia Screen is connected to the data pins from the shield. Use the below table as reference.

If you want the backlight to be connected, simply ground the LED pin.

The current code does not use exteneral libraries but we are happy to bring in a pull request for something that does. This code even has inbuilt fontmap data.

The ESP shield has 2 small connections on the shield for the serial communication between the uno and the ESP; You will want to turn them off when you are programming the uno, then turn them back on when you are running the sketch. This is similar to our latest XC4411 Uno with WiFi board.

You can also use the Leonardo XC4430 which has a seperate USB serial to connect to the computer and can make this process a lot simplier.

The WiFi shield provides most of the smarts in detecting the WiFi networks, the Uno simply tells the shield what to do and displays the results.

The shield firmware is configured to accept AT Commands from the uno which is how most modems and IoT devices work in the firmware level:

The first parameter is the security type of the SSID, and you'll find that ours ( and yours too, hopefully) will be a 3. Other values are below:

Note that the last one includes both WPA and WPA2, which means despite having WPA2, the original WPA can still be cracked, and is not considered safer than using just WPA2 by itself. What it lacks in security it makes up for in compatability.

To create a more rigid assembly, solder together two of the eight-way headers from the HM3207 pack: 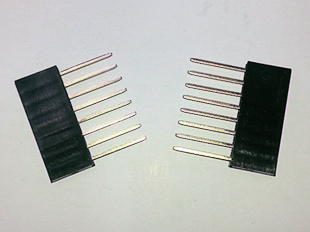 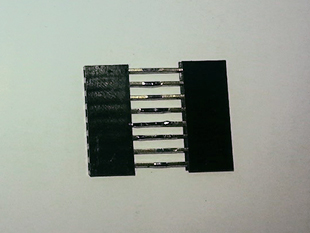 The below photo shows how the WiFi Scanner looks when it is assembled using the HM3207 to give a more compact arrangement. Note how we only use the last seven pins of the header adapter so that the LED pin is not connected. 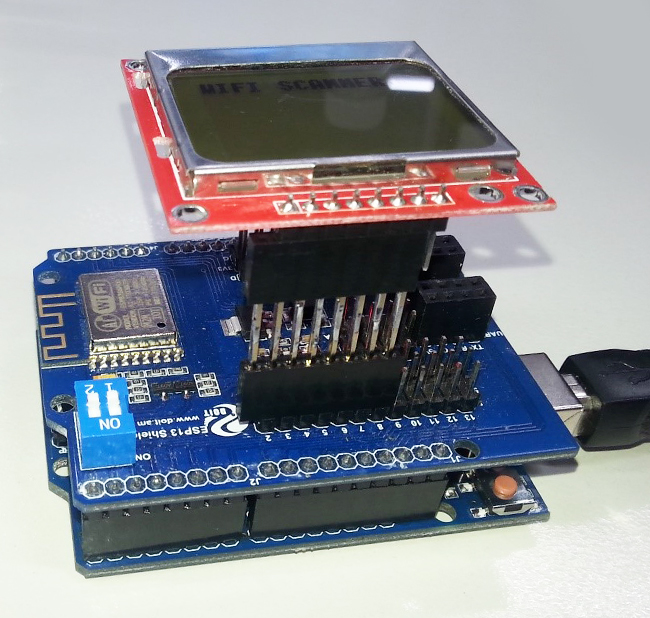 We definitely would love contributions from you guys in regards to this project; cleaning up the code; commenting the code; product suggestions and improvements. Even change it all together to use something like the new XC4411 Uno with WiFi and a XC4630 Display shield. This is a great way to learn about programming, get help when you need it; and attach your name to something great.